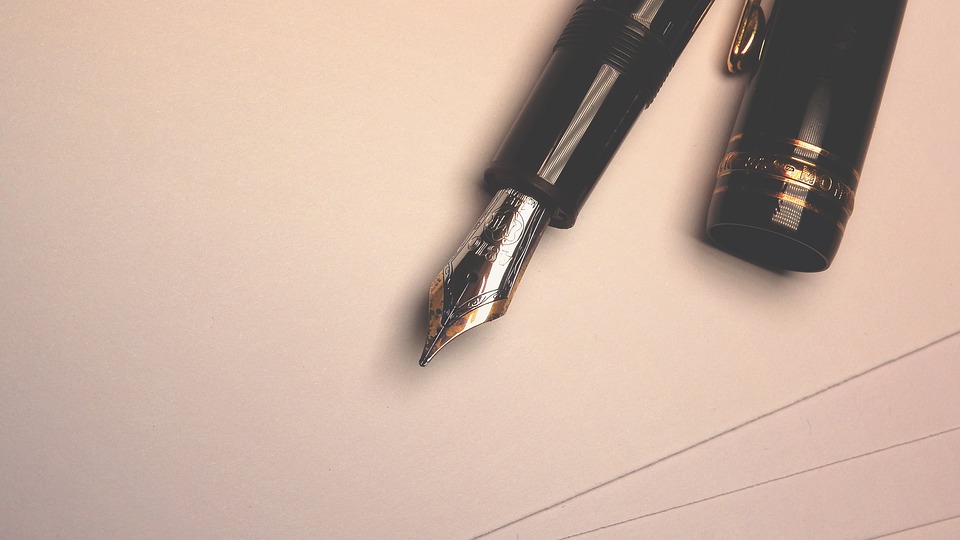 I remember being on vacation at Oak Island, NC with you both, a toddler and a 4 year old, on September 11 of 2001. That’s the day that our nation was rocked like never before in my lifetime. We watched in awe as the Towers fell, the Pentagon was hit, and terrorism left its ugly mark on our land and on our souls. Oh, but you were so young, and we shielded you as much as possible. But you would grow up in world that was different from the world in which I had spent my first thirty-one years. At least in the USA. We had been victims of terrorism, but never-before like this. The world was different.

Though thousands lost their lives that day, and thousands more since then by fighting the war on terrorism, this nation bounced back. And from the day President Bush stood on a pile of debris at ground zero and promised that the world would hear from us, I had no doubt that America would rise quickly. And we did!

In fact, the past two decades have been filled with life, love, joy, challenges, and opportunities. You have grown up watching the political pendulum swing back and forth in prototypical American fashion. You have seen a resurgence in appreciation of the military. You have been a part of a family that values and passionately celebrates faith in God. You have said good-bye to dear friends and family members who are with Jesus now, some leaving us too soon. And you have LIVED!! You have embraced life’s hurts and blessings knowing ultimately that there is a Sovereign God who is the giver of life, and that He has blessed, and often judged, his people and the land in which you have lived.

So here we are at the beginning of a new decade. And suddenly, like in 2001, the world is not the same anymore. This time the attack didn’t happen in a manner of minutes. The COVID-19 Pandemic didn’t happen suddenly by surprise. It hasn’t been like a fatal car accident or a fatal heart attack. It has been more like the cancers that have taken from us so many we love. We saw it coming a couple months out, prayed for the impact not to be so severe, and realized how fragile life is this side of heaven.

Well, what does a father say to his college age children at a time like this?

First, don’t quit believing in a Sovereign God. We are talking a lot about the mortality rate these days. I promise you this: Jesus Christ is alive forevermore! And those who know Him have nothing to fear. For we will live forever with him. For the believer, to live is Christ and to die is gain (Phil. 1:21). While a healthy respect for this virus is warranted, I am saddened to see so many believers trembling in fear for their lives.

Unfortunately, though, the mortality rate for the human race is 100%. “It is appointed unto man once to die, and then the judgement (Heb. 9:27).” I know we aren’t hoping to go to heaven on the next load, but life is a vapor compared to eternity. So always live as a pilgrim here, always on mission, holding on loosely to things of this world, and always ready to report to your eternal home when God calls. No need to fear when your faith is real!

The second thing I want to tell you is: don’t quit believing in the resiliency of the values that have brought this nation back again and again. In fact, our very Declaration of Independence from our beginning would cost this nation nearly 7000 lives in a war. Some 25,000 when you count deaths due to disease, imprisonment, and civilian casualties of the war. Yet this nation would prevail because of convictions like those of Patrick Henry who would rather risk death for liberty than pursue a safety that compromises freedom.

A Civil War and the depravity of humanity would cost this nation over another 600,000 lives, not to mention the collateral damage. Many around the world thought that would be the end of America. But, once again, we would prove stronger once the war was behind us. What about the First and Second World Wars, including the attack on Pearl Harbor? Over another half million lives, but we emerged as one nation under God, still in the pursuit of liberty and justice for all.

Well all of that was before my lifetime. And while we have not always lived out our principles as fairly and passionately as the great generations who fought for them, we’ve come a long way. I’ve seen soldiers return from a war for which they got little respect fighting. But that is beginning to change. Better late than never I suppose. I’ve seen this nation place men on the moon and land spacecraft like airplanes. I’ve seen hostages return from Iran, and watched a president bankrupt our enemies during a cold war. I’ve lived long enough now to have watched the market rise and crash enough to know that I should not put my faith in it, nor should I panic when collapse seems imminent.

What I am trying to say is, we have a history of rising from the ashes when we value liberty over safety, when our government realizes its limits and depends on the people, and when circumstances bring us to our knees again. And I didn’t even mention the famines, depressions, diseases before the age of modern medicine, assassinations or civil rights movements.

I am not saying that you should throw caution to the wind during this pandemic. I have advised otherwise. This is a serious virus that could take someone we know and love. I am saying that you should keep a discerning eye on the national leadership and on your friends and classmates. Don’t let folks slip into having an unhealthy dependency on government mandates. Make it clear that the answer to this and most crises is personal responsibility, not excessive government intrusion.

Third and finally, don’t quit enjoying life. Some who avoid this current virus will shorten their lives in a practical sense. Stress, worry, and fear will cause them to cease to truly live and will lessen their quality of life and possibly the length of their life.

At some point, hopefully sooner than later, it is going to be advisable to get back out among people. And the virus will still be out there. When the risk versus reward factors loosen the social restrictions currently in place, the chance of you catching and dying from this disease could probably still be somewhere between dying in an automobile related death (40,000 Americans per year) and dying from heart disease (650,000 Americans each year). I don’t think we will hit those numbers this year. And who knows, if we flatten the curve, find better treatments, and the disease weakens over time (all things that have happened before with other diseases) we may not come close to the heart disease numbers, ever.

My point is, if we were daily following the numbers of all other diseases and activities that cause you to live at risk, you would never leave the house. Let’s cooperate with our communities as an act of love while we strive to keep our hospitals from being overwhelmed, show love to our vulnerable citizens, and give health professionals and national leaders time to get their minds around this. Let’s pray for healing in our land, grow in ability to communicate creatively at a distance, and serve those who are hurting physically, emotionally, and economically. But don’t be frozen by fear. And don’t feel guilty for loving life, despite its risks, and quickly and courageously getting back to normal social interactions sooner than others. God didn’t call us to risk-free living, but to a life of faith and courage.

The Apostle Peter spoke of the ability to “love life and see good days (1 Peter 3:10).” This doesn’t mean trials will not come. The church Peter was addressing was under great persecution with a very high mortality rate. But believers in Jesus knew the deep secret of abundant life. You know it, too! And one day the Coronavirus Pandemic of 2020 will be added to the events listed above as another trial that this nation overcame. And you will remember that when your kids are in college!

PS. And if one of the crazy conspiracy theories turn out to true, God is sovereign over that as well!