We need a generation of preachers who will study, interpret, proclaim, and apply the Holy Scriptures without trying to change their meaning in order to make them more acceptable. 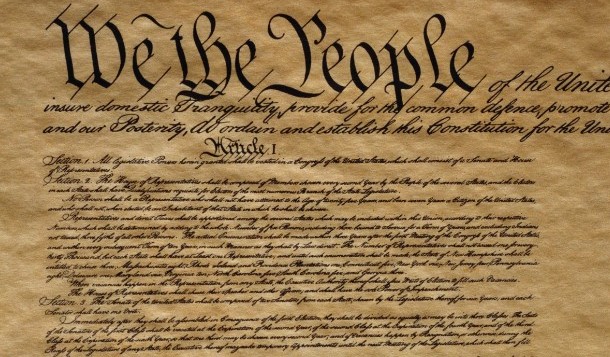 President Donald Trump has made his first nomination to SCOTUS. You can be sure that Judge Neil Gorsuch has already endured a certain amount of vetting by the president’s staff. But this is likely nothing compared to the questioning he will endure from the members of congress.

Why the process? Why such interrogation? Obviously this is an important step in confirming someone to become a LIFETIME member of the highest court in the land, which could result in this individual being involved in more significant decisions than any 2-term president.

The purpose of the process can be two-fold. The early vetting should reveal certain philosophical foundations regarding the Constitution of the United States. Is this individual a strict constructionist or does he lean toward judicial activism? Of course a loose constructionist would never embrace the title of “judicial activist.”

A strict constructionist will embrace the responsibility to interpret and apply the law according to the language and intended meaning of the authors. If the Constitution needs to be changed, it’s not up to the judge to reinterpret it to make it more palatable or relevant. That is the job of Congress. Congress makes and amends the law, even the Constitution when necessary. Judicial activists, though using refreshing terms and phrases like “progressive” and “the Constitution is a living document”, ultimately usurp the role of lawmakers and defy the wisdom in our system of checks and balances. A loose constructionist approach turns the Supreme Court into an oligarchy. In this case there is no need for Congress to make, amend, or repeal laws. The interpretation of such laws would become so unpredictable and inconsistent that language would be meaningless and the nation would be left to the whims of this nine member ruling body.

If a nominee gives all evidence that he or she is a strict constructionist conservatives could assume that there needs to be no vetting process, right? I mean it doesn’t matter what they believe, or feel, or think about any given issue. After all, they only have to concern themselves with the language and intent of the lawmakers and the Constitution. But it isn’t quite that easy, is it?

Nominees are, and should be, further vetted and interrogated because we don’t really trust people to be objective. And we dig for all the evidence we can find to prove that someone we disagree with can’t be trusted to be objective. Did you notice the NCAA Football National Championship game between Alabama and Clemson had a Big 12 Conference officiating crew, not a crew from the ACC or SEC. Why was that? The officials do not play the game do they? They just enforce the rules. Can they not be objective regardless of conference? Who knows? How can we be sure?

Bottom line: As difficult as it may seem, I believe we need justices who do not overstep their responsibility by becoming an activist to promote a personal or partisan agenda. While he or she may be aware of his or her own biases, they should lay those aside, interpret the law, and rule as objectively as they can on the decision before them. Leave the writing and passing of law, including amendments to the US Constitution, to congress.

What does this have to do with biblical hermeneutics? Everything! Theological progressives, much like political progressives, treat the Bible the same way an activist judge handles the Constitution. They often ignore the language and intended meaning of the authors, as well as the Divine Author, in order to make it more palatable or relevant.

We have often programmed people to think this way, even in Bible-believing evangelical churches. We open our Bibles to a text and go from person to person asking, “What does this mean to you?” While there are many applications of a given text, such a question can imply that the Bible is open to any interpretation you like.

Peter reminds us, however, that “no prophecy of the scripture is of one’s own interpretation.” (2 Peter 1:20) If we can’t assume that the Bible is God’s communication and revelation of Himself to us, then it is pretty much a meaningless collection of man’s ideas. The doctrine of inspiration reminds us that the Bible was given to us by the inspiration of the Holy Spirit as its human authors were literally “carried along” by the Spirit (2 Timothy 3:16 & 2 Peter 1:21). This is a supernatural work!

So while the Bible contains the words of men who were writing from personal experiences, various backgrounds, and with differing objectives, Scripture still ultimately “has God for its author, salvation for its end, and truth, without any mixture of error, for its matter (BF&M 2000).”

Good hermeneutics concerns itself with exposition which is informed by the careful exegesis of a text which asks, “What is the author’s intended meaning?” Or as my former preaching professor, Dr. Wayne McDill, often repeated, “A text can’t mean what it never meant!” Like a justice of the Supreme Court with the Constitution, preachers of the Gospel are to concern themselves with the simple explanation and proclamation of what the Bible says.  In other words, we should be strict constructionists when it comes to the Bible.

In addition, Bible teachers and preachers should put themselves through a bit of a vetting process even if they are strict constructionists, uh… I mean biblical inerrantists. We all have agendas, passions, preconceived notions, frustrations, hurts, and experiences that can cause us to read something into a text that simply isn’t there. We can twist and manipulate a text while forcing it to suit OUR purposes. That’s why Paul encouraged Timothy to give diligence as an approved workman who correctly handles the Word of Truth (2 Timothy 2:15).

Bottom line (of greater importance than the aforementioned “bottom line”): We need a generation of preachers who will study, interpret, proclaim, and apply the Holy Scriptures without trying to change the original meaning in order to make it more acceptable. We must resist the temptation to make the Bible more acceptable to culture, and return to lovingly engaging and confronting culture with the unchanging truths of Scripture.

When we compromise the Word of God, we compromise the very power that brings the redemptive change that our world and every human soul so desperately need. May Romans 1:16 and Hebrews 4:12 take hold of the heart of every Christian preacher, teacher, and witness. Let us not be ashamed of the Gospel for it truly is the power of God unto salvation, as we demonstrate that the Word of God is alive and powerful, sharper than any two-edged sword!